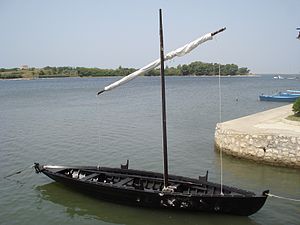 In 1966, remains of two ships were accidentally found by the port of Nin, which, in 1974 were taken out and transferred to Zadar to restore and conserve the remains. Through radiocarbon dating by Carbon C 14, it is established that these ships sailed from the end of 11th century and to the start of 12th century.