From Infogalactic: the planetary knowledge core
(Redirected from House of Osman)
Jump to: navigation, search
This article is about the historical royal family. For the territorial state over which it ruled, see Ottoman Empire. For current members of the House of Osman, see Osmanoğlu family.

The Ottoman dynasty was made up of the members of the imperial House of Osman (Ottoman Turkish: خاندان آل عثمان‎, Ḫānedān-ı Āl-ı ʿOsmān; Turkish: Osmanlı Hanedanı). According to Ottoman tradition, the family originated from the Kayı tribe[nb 1] branch of the Oghuz Turks,[2] under Osman I in northwestern Anatolia in the district of Bilecik Söğüt. The Ottoman dynasty, named after Osman I, ruled the Ottoman Empire from c. 1299 to 1922.

During much of the Empire's history, the sultan was the absolute regent, head of state, and head of government, though much of the power often shifted to other officials such as the Grand Vizier. During the First (1876–78) and Second Constitutional Eras (1908–20) of the late Empire, a shift to constitutional monarchy was enacted, with the Grand Vizier taking on a prime ministerial role as head of government and heading an elected General Assembly.

The imperial family was deposed from power and the sultanate was abolished on 1 November 1922 after the Turkish War of Independence. The Republic of Turkey was declared the following year. The living members of the dynasty were initially sent into exile as persona non gratae, though some have been allowed to return and live as private citizens in Turkey. In its current form, the family is known as the Osmanoğlu family. 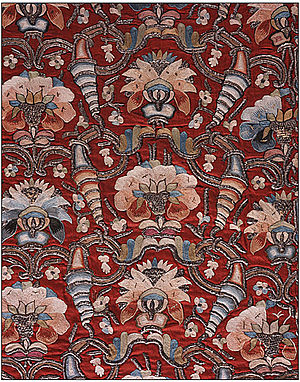 End of a dynasty

Before Orhan's proclamation of the dynasty, the tribe was known as the Bilecik Söğüt Beylik or Beys but was renamed Osmanlı in honor of Osman.[citation needed]

The Ottoman dynasty is known in modern Turkish as Osmanlı Hanedanı, meaning "House of Osman"; in Ottoman Turkish it was known as Hanedan-ı Âl-i Osman, meaning "Dynasty of the Family Osman".

The first rulers of the dynasty did not take the title of Sultan, but rather Bey, a title roughly the Turkic equivalent of Lord, which would itself become a gubernatorial title and even a common military or honorific rank. Thus they still formally acknowledged the sovereignty of the Seljuk Empire and its successor, the Seljuk Sultanate of Rûm.

The first Ottoman ruler to actually claim the title of Sultan was Murad I, who ruled from 1362 to 1389. The holder of the title Sultan (سلطان in Arabic) was in Arabic-Islamic dynasties originally the power behind the throne of the Caliph in Bagdad and it was later used for various independent Muslim Monarchs. This title was senior to and more prestigious than that of Amir; it was not comparable to the title of Malik 'King', a secular title not yet common among Muslim rulers, or the Persian title of Shah, which was used mostly among Persian or Iranian related rulers.

The Ottoman sultans also claimed the title of Caliph starting with Murad I,[50] who transformed the Ottoman state into a transcontinental empire.

With the Conquest of Constantinople in 1453, Sultan Mehmed II Fatih (1451 - 1481) claimed the title Kaysar-i-Rûm "Emperor of Rome" and proclaimed himself the protector of the Orthodox Church. He appointed the Patriarch of Constantinople Gennadius Scholarius, whom he protected and whose status he elevated into leader of all the Eastern Orthodox Christians. As Emperor of Rome he laid claim to all Roman territories, which at the time before the Fall of Constantinople, however, extended to little more than the city itself plus some areas in Morea (Peloponnese).

Sultan Mehmed II also took the title of Padishah (in Turkish 'Padişah') (پادشاه), a Persian title meaning "Master of Kings" and ranking as "Emperor", claiming superiority among the other kings. His full style was Sultan Mehmed II Khan, Fatih Ghazi 'Abu'l Fath (Victorious Conqueror, Father of Conquest), Padishah, Sovereign of the House of Osman, Emperor of Rome, Grand Sultan of Anatolia and Rumelia, Khan of Khans of the Two Lands and the Two Seas, Emperor of the three Cities of Constantinople, Edirne and Bursa. He was the first Ottoman ruler to adopt the imperial title of Padishah.[citation needed]

The Ottoman claim to caliphate was strengthened when they defeated the Mamluks in 1517 and annexed Egypt during the rule of Selim I. Selim also received the title "Custodian of the Two Noble Sanctuaries", Khadim al-Haramayn ash-Sharifayn in Arabic, from Barakat Effendi Grand Sharif of Mecca when conquering Hijaz and with it the Muslim Holy Cities of Mecca and Medina. Selim I full style was: Sovereign of the House of Osman, Khan of Khans of the Two Lands and the Two Seas, Commander of the Faithful and Successor of the Prophet of the Lord of the Universe, Custodian of the Two Noble Sanctuaries, Emperor of the Three Cities of Constantinople, Adrianople and Bursa, Conqueror of the two Armies (i.e. the European and Persian armies).[citation needed]

In Europe, all Ottoman Emperors were commonly referred to by the title of Sultan, rather than by those of Padishah or Caliph, which had a higher rank than that of Sultan, and were also often informally referred to by such terms unrelated to the Ottoman protocol as the Grand Turk and the Grand Seigneur or Gran Signore.

The sultans further adopted in time many secondary formal titles as well, such as "Sovereign of the House of Osman", "Sultan of Sultans", and "Khan of Khans", these two meaning King of Kings and roughly ranking as "Emperor". These titles were known in Ottoman Turkish respectively as Hünkar-i Khanedan-i Âl-i Osman, Sultan us-Salatin and Khakan (the latter enlarged as Khakan ül-Berreyn vel-Bahreyn by Mehmet II, Bayezid II and Selim I, meaning "Khan of Khans of the Two Lands (Europe and Asia) and the Two Seas (Mediterranean and Indian)".[citation needed]

As the empire grew, sultans adopted secondary titles expressing the empire's claim to be the legitimate successor of the absorbed states. Furthermore, they tended to enumerate even regular provinces, not unlike the long lists of -mainly inherited- feudal titles in the full style of many Christian European monarchs.

After the fall of the Ottoman dynasty as Emperors of the Ottoman State (Padishah-ı Devlet-i Aliyye-i Osmaniyye in Ottoman Turkish), Abdulmecid II (1922) was still proclaimed Caliph with the title Caliph ("Halife", in modern Turkish) by the republican Government of the Grand National Assembly of the city of Ankara on November 19, 1922. However, the Ottoman Caliphate too was abolished soon afterwards, and Abdulmecid II was utterly deposed and expelled from Turkey with the rest of the Ottoman dynasty on 3 March 1924. He officially continued to hold the title of the throne as the Head of the House of Osman ("Osmanlı Hanedanı Reisi", in modern Turkish) until his death.